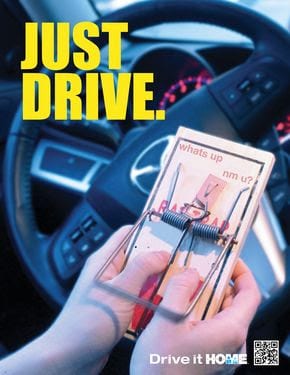 We’ve touched on the dangers of distracted driving in prior blog posts and by now, most people are aware of the dangers. Despite that recognition, many fatal and serious injury crashes are a result of distracted driving. This is especially true of new and inexperienced drivers. Younger drivers are especially susceptible to these dangers for two reasons; they do not have enough real time behind the wheel to fully appreciate how quickly things happen and they do not realize how distracting other things in their environment can be. For instance, most teen drivers, once licensed, relish being able to get in their car and pick up their friends. It is the sole reason, in many cases, why teenagers want their license; it represents freedom. It is precisely for this reason that many states limit a teen driver’s passengers to adults aged 21 or over, as well as limiting the times they can drive. These restrictions limit distractions to the teen driver. Another and probably more dangerous distraction is cell phones and other hand held devices. These devices are everywhere and almost every teen driver for the last decade has had one. They are a rite of passage and most teens have had them for an average of four or more years by the time they reach driving age. Using and responding to these devices is automatic and creates a massive distraction to the teen driver. It is behavior that is not easily unlearned. Cell phone use while driving is so dangerous that most states have made it illegal to even have one in your hand if you’re driving on a public road.

Despite these known causes and solutions, we’ve seen no decline in accidents caused by distracted driving. It is for this reason that Toyota Motor Company has partnered with parents, educators and teen drivers in an effort to push these numbers down. The main focus is education, both for the driver and parent, as well as a commitment from both to be more safety-focused by working together. The site can be found at http://www.teendrive365inschool.com/ and focuses on what parents can do to better teach their teens, how teens can be better students to their drive teachers and how educators can create more dynamic and relevant lesson plans for teaching new drivers. Toyota is even offering a $15,000 award for the creation and submission of a self-produced PSA that covers the topic of distracted driving. There is a lot of good content on the site and all of you creative personalities have a chance to win a nice prize, all while creating something worthwhile. Nv Drivers Ed does not endorse Toyota products, nor do we receive any compensation from Toyota. We just think this is good enough stuff to pass along to you.

Want to join the discussion?
Feel free to contribute!

The Run Down on Nevada Moped Laws